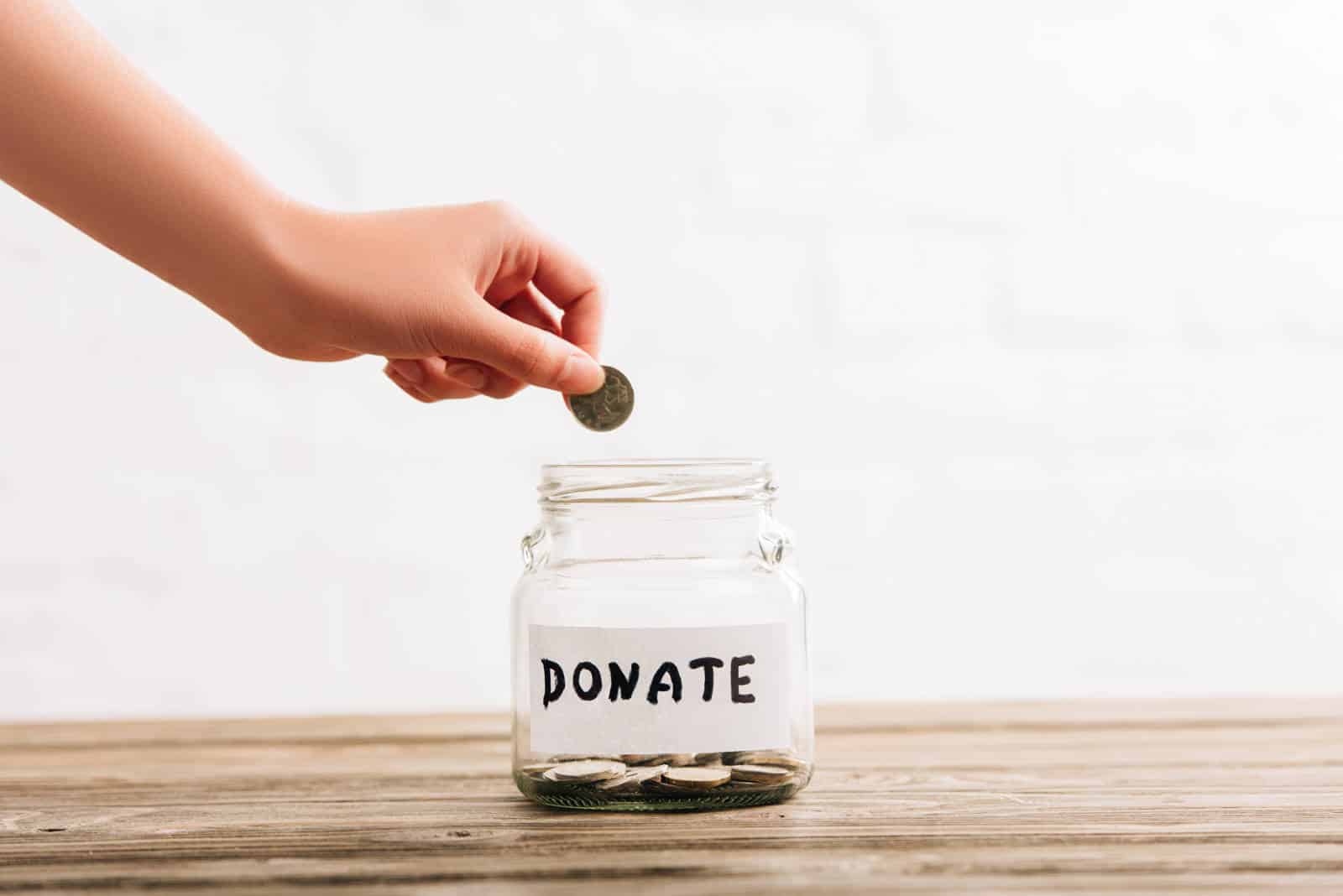 Anne Frank is one of the most well-known victims of the Holocaust due to the posthumous publication of the diary she kept while hiding in Amsterdam. For two years, she and seven other people lived in a small set of rooms they called the Secret Annex. They relied on several helpers for food and news of the outside world, which likely influenced Anne’s thoughts on giving.

Her diary offers a window into the life of a young Jewish girl during World War II, and it’s found in classrooms and libraries around the world. The diary is notable for its accessible writing and the profound insights Anne offered on life and human nature. Her last diary entry was dated August 1, 1944, after which German police discovered and arrested all eight residents of the Secret Annex.

Anne’s story ended when she died of typhus in the Bergen-Belsen concentration camp two months before British forces liberated it. The impact of her words, however, continues to this day. Once, while writing, she observed, “no one has ever become poor by giving.” This quote now serves as a reminder to all of us that helping others is one of the best things we can do.

No One Has Ever Become Poor by Giving

Here in the United States, most of us view the world through the lens of materialism. When we think about giving, we usually imagine money or physical items. If we donate money or things, then we don’t have them anymore. In the most basic, literal sense, we’re poorer for having given. Anne’s quote doesn’t seem to apply, so why are we still talking about it all these years later?

We’re still discussing the quote and trying to live by it because giving isn’t a matter of losing something, whether it’s time, money, secondhand clothes or anything else. Charity and generosity are too complex to fit within a framework of those who have and those who don’t.

Some of the kindest and most generous people in the world lack material wealth, while the wealthiest are often self-serving and disconnected from the reality in which many people live.

Anne’s quote challenges the assumption that we’re losing rather than gaining something of value when we give. None of the people who helped the Secret Annex residents were well-off materially, and doing so put them in near-constant danger. When the German police discovered the hiding place, Johannes Kleiman and Victor Kugler, two of the helpers, were arrested as well.

Otto Frank, Anne’s father, felt guilty and blamed himself for their arrest. Kleiman assured him, “don’t give it another thought. It was up to me, and I wouldn’t have done it differently.”

Our Brain Rewards Us For Giving

For a long time, scientists thought altruistic behavior like that displayed by Kleiman, Kugler, and the other helpers went against human beings’ actual, selfish nature. Recently, however, scientific studies have begun to overturn that assumption.

Rather than being driven by guilt or a desire to avoid other negative feelings and consequences, scientists are discovering evidence that altruistic behavior is rewarding for us in and of itself.

At first glance, the idea is baffling. It should be in our best interests to hoard as many resources as possible for ourselves and our immediate family members, but we don’t. In 2017, people donated more than 400 billion dollars to charity. That figure doesn’t account for non-monetary gifts, either, so the actual value of charitable contributions is likely much higher.

When we act altruistically, our brains reward us with dopamine, serotonin and oxytocin. These three chemicals are sometimes referred to as the happiness trifecta because they’re what makes us feel good.

Evolutionary psychologists suspect that this chemical reward developed because when early humans helped each other, they were more likely to survive and pass on their genes. Cooperating with and caring about one another is an effective way to ensure our species survives, so that’s what we have evolved to do.

How You Can Benefit Others

Money is a useful gift, and if you have it, it’s worth donating. You don’t have to be materially wealthy to help others, though. Many gifts you can give are free and intangible, but that doesn’t make them any less valuable. A smile for someone having a hard day, encouragement for someone struggling and advice for someone who needs it are all helpful to those who receive them.

Food is another gift that can make a huge difference in someone’s life. Roughly a quarter of people worldwide are struggling with some level of food insecurity. When someone’s basic needs aren’t met, it’s difficult for them to focus on anything else.

Our final suggestion for how you can benefit others is to donate blood. According to the American Red Cross, someone in the U.S. needs blood every two seconds. A single blood donation, which usually corresponds to about ten minutes of slight discomfort, can save up to three lives. Unfortunately, demand is often much greater than supply.

Whatever you decide to do, you can make a difference. After all, no one has ever become poor by giving.